Very pleased (and surprised) by Kelly E. Hayes’ review of UFOs, Conspiracy Theories and the New Age in the most recent issue of Nova Religio. I face an uphill battle to convince most of my colleagues why the work I do is even valid in the first place, so comments like these are most welcome indeed!

With its concise prose and engaging style, Robertson’s book offers not only a compelling analysis of contemporary millennialism, but an equally compelling model of critical rigor.

I am very pleased to see the book I’ve been working on for the last couple of years finally published (online, at least). The Handbook of Conspiracy Theory and Contemporary Religion was co-edited with Asbjorn Dyrendal and Egil Asprem, and it was a real pleasure to work with them – we all contributed actively and collaboratively, and I learned a great deal from them both. I think this will be an agenda-setting volume in this little subfield, and part of a group of new publications looking at CTs critically and interdisciplinarily.

Conspiracy theories are a ubiquitous feature of our times. The Handbook of Conspiracy Theories and Contemporary Religion is the first reference work to offer a comprehensive, transnational overview of this phenomenon along with in-depth discussions of how conspiracy theories relate to religion(s). Bringing together experts from a wide range of disciplines, from psychology and philosophy to political science and the history of religions, the book sets the standard for the interdisciplinary study of religion and conspiracy theories.

Chapters include methodological overviews from sociology, psychology and philosophy; regional case studies on Sri Lanka, Albania, Greece, Japan and elsewhere; thematic chapters on popular music, Esotericism, Church of the SubGenius, neo-Nazism, the Internet; and more. If you have institutional access, you should check it out. Please!

It’s been a busy year for the Religious Studies Project. We’ve just broadcast our last podcast (until September, at least), and are making plans for next year already. Now that we have two people to help me with the audio editing, I’ve been having fun getting back to interviewing again. Here’s three interviews I had broadcast in the last few months.

First up, ‘Spirituality’ – a term with enormous currency in contemporary discourse on religion, but frustratingly under-theorised. Little consideration is given to its development, and most scholarly work simply dismisses ‘spirituality’ as shallow and commercialised. I spoke to Boaz Huss and Steven Sutcliffe, to discuss the genealogy of ‘spirituality’, and its contemporary significance, with particular reference to the New Age movement. The second half focuses on how spirituality may trouble the religion / secular distinction, and its implications for the critical study of religion.

Ann Taves spoke to me about her work on “worldviews” and “ways of life”. This ambitious interdisciplinary project aims to place a micro-level analysis of individual worldviews into a broader evolutionary perspective. Through case-studies (including ‘secular’ worldviews like Alcoholics Anonymous alongside more traditional ‘religions’), she explains how worldviews form in response to existential ‘Big Questions’ – here understood as core biological needs and goals, rather than theological or moral concerns – and are enacted in Ways of Life, individually or collectively.

Finally, it’s always a pleasure to talk to A. Dave Lewis, this time for a discussion of representations of Muslims in superhero comics. We talk about some positive representations, like Kamala Khan, Marvel’s new Ms Marvel, and some less-than-positive portrayals, like Frank Millar’s Holy Terror! We talk about American comics as a product of the immigrant experience, and how comics made by Muslims play with the conventions of the genre. And we talk about how to use these texts in the classroom, as a powerful tool for exploring representation, media and religion. And what is the “wormhole sacred”?

Richard D Hall of RichPlanet fame has a new film out, Kill Jill: The Dando Assassination Explained. It’s the follow-up to his I think 10 hours of investigation into the Madeline McCann case. Again, it’s an in-depth investigative piece featuring a fair bit of speculation, but like his other work, it does have original research, and it is definitely at the saner end of the conspiracy spectrum. While I don’t think he has anything like enough evidence to back up his conclusion, there could well be some truth in the collusion between the security forces and the media, particularly the BBC, in the case of the Brixton nail-bomber. And as he says, his work is more about analyzing how the media manufactures consent, although he pushes that further than Chomsky will, publicly at least.

That is the YouTube link. I wanted to link to the original video on richplanet.net, only to see this:

Coincidence? I don’t know. (Update: it’s back now. Maybe it was just a bandwidth issue.)

I once referred to Richard Hall as “the Vic Reeves of conspiracy theorists”, because he’s from the North and is genuinely funny (see if you can find his statement about the People’s Voice). But there’s also a transparency and self-awareness that you don’t often see in this sort of milieu, and I have to respect him for that. In a milieu that is increasingly mainstream and commercialised, his dedication to a DIY challenge to hegemony is pretty punk rock.

My colleague Marion Bowman sent me a link to a new product, The Dragonfly:

a brand new, empowering technology that allows you to communicate with your departed loved ones. It’s a safe and simple device that acts as a phone, so you can talk to the other side. Those who love you are always with you, guiding and helping you in your journey. Through them, you can access a universe of knowledge and understanding. This technology opens a “spiritual internet” of information.

I love the steampunky wood finish. It also reminds me of Derren Brown’s Dream Machine:

Fact is, there’s nothing new about devices like this – in fact this one is based on ideas from the 1950s. But the nexus between technology, supernatural or spiritual ideas and commerce has been a feature of the cultic milieu since at least the 1800s, with Mesmerism in Europe and then Spiritualism coming out of the US. (Rafale Natale’s Supernatural Entertainments is a good exploration of this relationship.)

To me, this makes as little sense as speaking to a loved one at their grave, or praying for that matter. Some might find the use of technological or scientific language troubling, but the underlying presupposition – of an undetectable realm of existence containing agents which can affect this world – should be much more problematic epistemologically.

Find out more at http://www.whatisthedragonfly.com/index.html

I haven’t been posting much recently because during term-time, I have a lot of teaching. But I have been busy, and a couple of my recent interviews have been published over at the Religious Studies Project. (Please note that the wesite is being upgraded, so is prone to downtime and broken links atm, so I have posted the YouTube versions here.)

First up is a conversation between Richard Irvine, Theodoros Kyriakides and myself, concerning magical thinking in the modern world. We tend perhaps to think that such ideas are confined to the fringes in the secular, post-Enlightenment world, but this is not necessarily the case. We talk about Weber’s rationalisation and James Frazer’s evolutionary model of modernity, and how they relate to ideas of belief, and magic. We then look at examples from Orkney and Cyprus to show these ideas in play. I recorded this at the Contemporary Religion in Historical Perspective conference back in February.

Also published recently was this panel I took part in, presented as part of the University of Edinburgh’s Religious Studies seminar series. The Committee of the BASR discuss the public impact of Religious Studies – is RS a “muted voice” in public discourse? Who are the new audiences for RS? My section on “Who are we speaking to?” comes last.

Cosmic Awakening, an annual gather of spiritual seekers, takes place in Sedona, Arizona, next month – 20-22nd April, 2018. Sedona is of course famous as a New Age hub, kind of like Glastonbury or Findhorn in the UK, but with more cactuses. Jose Arguilles held the Harmonic Convergence there in 1987, a highly significant event that demonstrated that the millennial ideas of the New Age sensu stricto were still popular, but had largely abandoned “New Age” as an identifier, instead adopting “Ascension”.

Striking here is the mixture of speakers from the New Age milieu and Indigenous religious groups, particularly Native American. While there are many examples of New Age taking up elements of various traditions (often described by “appropriation”, although I have problems with that), and even of representatives of those traditions endorsing them, what is striking here is that UFOs are once again the common ground (or discursive unit), as I argued in my book. This example from an email sent by the organisers:

This year We have invited Native American, Lakota Elder -Golden Light Eagle And Zuni Elder Clifford Mahooty from Gaia TV, The History Channel – Ancient Aliens Series. They will be speaking about the star people / our star family.  PLUS our 12 TEAM LIGHT speakers, Our Contactee’s/Experiencer will be giving you Updated information from many Benevolent Star Beings.

Many of the speakers use “Ascension” in their descriptions: Sandra Walker, for example, aims to “connect us with the Cosmic Stargates assisting our Ascension”. Interestingly, four of the speakers also identify as Starseeds – that is, although their bodies are humans, their souls are extraterrestrials who have incarnated on the Earth in order to assist with the planet’s development.

This millennial undercurrent does not prevent the presence of more traditional UFOlogy, however. One of the speakers is Travis Walton, whose 1975 abduction was made into the film Fire in the Sky. The email from the organisers called for “DISCLOSURE NOW!”, although this admonition seems to have been dropped from the website. This term, largely promoted by Steven Greer and in the more New Age milieu by David Wilcock, is based upon the idea that government do not only know about UFOs and ETs, but are about to make this knowledge known to the world. This is the contemporary version of the UFO conspiracism that emerged in the 1980s with Bill Cooper’s Behold a Pale Horse and burst into the mainstream with Men in Black and The X-Files.

If you want to hear me talking about my work in podcasting, I took part in the AAR and Religious Freedom Center of the Newseum Institute’s Public Scholars Project back in December. You can watch the video at the link: 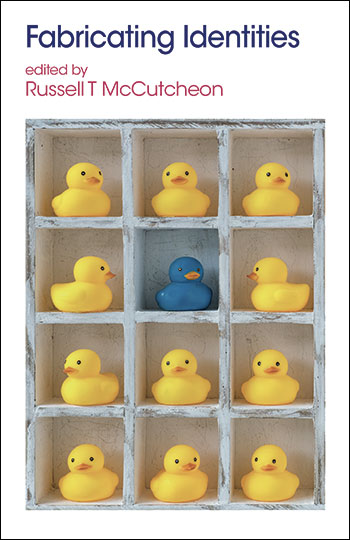 Read the latest The Week in Conspiracy