I interupt my usual programming to talk about music again…

I’ve loved Liz Phair since Exile in Guyville came out in 1993, and it’s personally frightening that it’s 25 years old because that means I’m old too. My old CD doesn’t play all the way through anymore, so I probably would have bought the reissue anyway, but the addition of the complete Girly-Sound tapes sealed the deal. Not enough to buy it on vinyl, mark you – £70 for five discs seems a little over the mark to me. 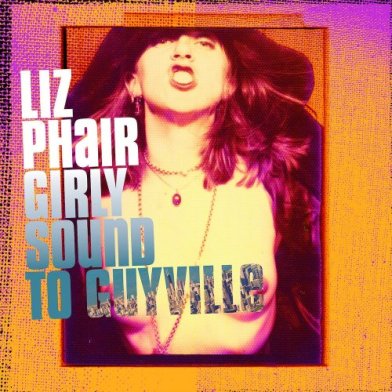 Perhaps unsurprisingly, the Guyville songs are the most recognisable of the old songs, often only lacking the rhythm section added, or changes of tempo. Lyrically, they’re mostly identical, with the odd tweak here and there. “Bomb” differs from its album version, called “Stratford-Upon-Guy”, with a spoken chorus which lends the aeroplane narrative a different reading, and “Fuck and Run” adds a verse from the male perspective which makes it clear that we are to read it as a critique of a whole generation’s dating doublethink, rather than a gender-specific one. Johnny Sunshine changes tempo for every verse instead of dividing the song into two sections, and while I think the album arrangement ultimately works better, it’s a great reminder that just because a piece is working doesn’t mean that it might not work even better if you move the bits around some more. Whip-Smart is hard to get your head around because it is played slower than the album version, and without its swing. I kept humming the bass-line, and it didn’t fit anymore.

But the unfamiliar songs are the real treat, and there are a ton of them here. “White Babies” is built on a variation of “My Bonnie”, and there’s lots of little snippets of pop songs and nursery rhymes that float up and disappear again in these songs, reinforcing the idea of them as private, like Leopold Bloom’s recurring memories of Fleshpots of Egypt and metempsychosis. There are flashes of the dorky humour of Funstyle in places, like the biting reworking of “Wild Thing” or the voices in “Elvis Song” or the juxtapostion of a blue joke with a chorus about leaving town to seek her fortune in “California”. Other standouts include the singalong “In Love w/ Yself”, another meditation on relationships, and “Hello Sailor”, which compares a sailor returning after a dubious foriegn campaign with her own romantic and existential position. But like all her songs, they take a few listens to emerge fully, and I know that I will be returning to these discs often, and there aren’t many reissue bonus tracks I can say that about.